Scottish Woodlands staff engaged in high-level discussions about the future of UK forestry with two Cabinet ministers on a trip to London.

Mr Robertson urged Lord Goldsmith - and the Forestry Commission and officials at the Department of Food and Rural Affairs (Defra) - to ensure that the UK capitalised on investor interest in forestry.

He said: "We need private investment to help achieve government targets and there is a lot of investor interest out there - but we also need sensible regulations to ensure that those investors to not lose faith and the money goes elsewhere. That would be a badly missed opportunity."

Mr Robertson and many other senior industry figures spoke out at the first in-person meeting of the All-Party Parliamentary Group on Forestry and Tree Planting for more than two years - organised by trade body Confor.

Mr Robertson, Ms Kerr and others were able to get their point across to 13 parliamentarians who attended the event in the Houses of Parliament, as well as the Forestry Commission's Chief Executive Richard Stanford and its Chair, Sir William Worsley. 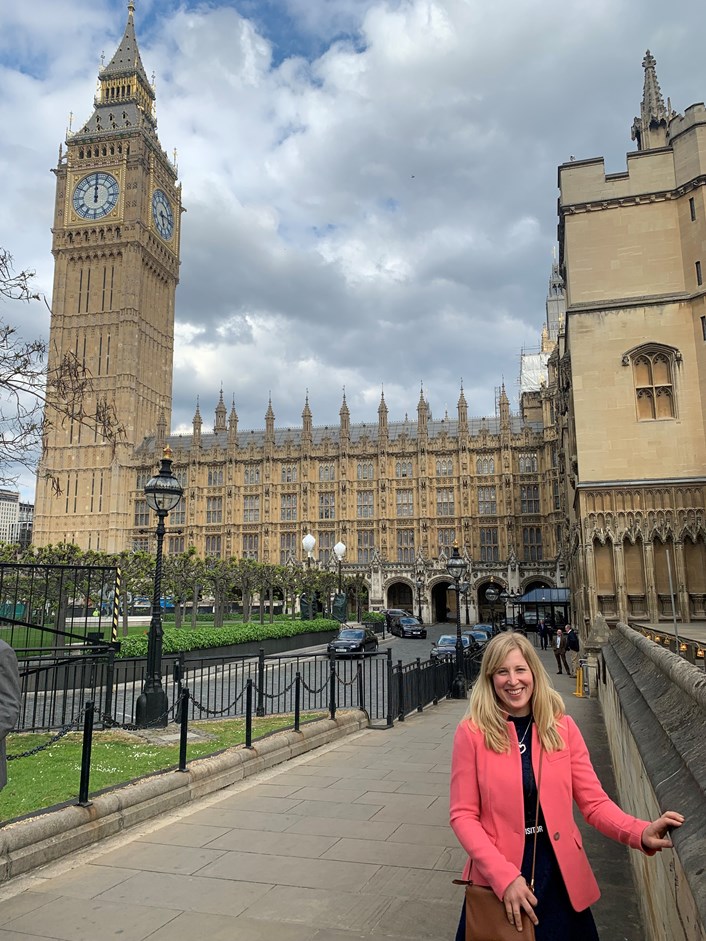 Sir William said that importing 80% of the UK's timber was “irresponsible” and added: “We are going to have a timber shortage quite soon and we need to be looking at productive forestry.”

Lord Goldsmith also recognised that the UK needed to produce much more home-grown wood - and do more to meet the highly ambitious target of planting 30,000 hectares of new woodland annually by the end of the current parliament in 2024. Currently, less than 14,000 hectares is being planted annually - 80% of that in Scotland, with Scottish Woodlands playing a leading role.

The different approach to planting either side of the Scotland/England border was one of the issues raised at the meeting with Alister Jack MP - also organised by Confor and attended by several large forestry businesses, including Scottish Woodlands Ltd.

The delegation stressed that it was much more difficult to get planting applications through in England than in Scotland - despite the cross-border nature of the industry and the similar terrain in northern England and southern Scotland.

The issue of the Woodland Carbon Code was also raised - especially the concern that changing rules on 'additionality' could lead to productive tree planting schemes not being recognised under the Code, leading to a significant loss of carbon benefits.

"The enormous value of tree planting and wood use to the UK's climate change ambitions has been repeatedly documented," said Ms Kerr. "However, the goalposts are being moved and the opportunities for huge benefits from the Woodland Carbon Code could be significantly reduced for farmers, landowners and investors
"It's really important to raise these issues with politicians who can make a difference - and we have a number of agreed actions following the meeting to ensure that forestry delivers its full carbon potential."

Mr Robertson concluded: "It is critical to engage with policymakers if we are to meet planting targets, and to maximise the economic and environmental benefits of forestry and wood. Scottish Woodlands is committed to playing a full part in the debate and the trip to London this week was very positive in getting across some of the key concerns of the industry and our clients."